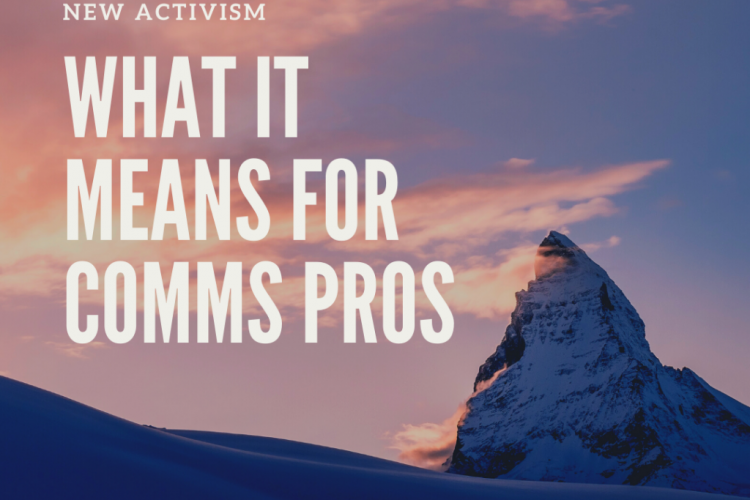 What New Activism Means for Communicators in 2020 and Beyond 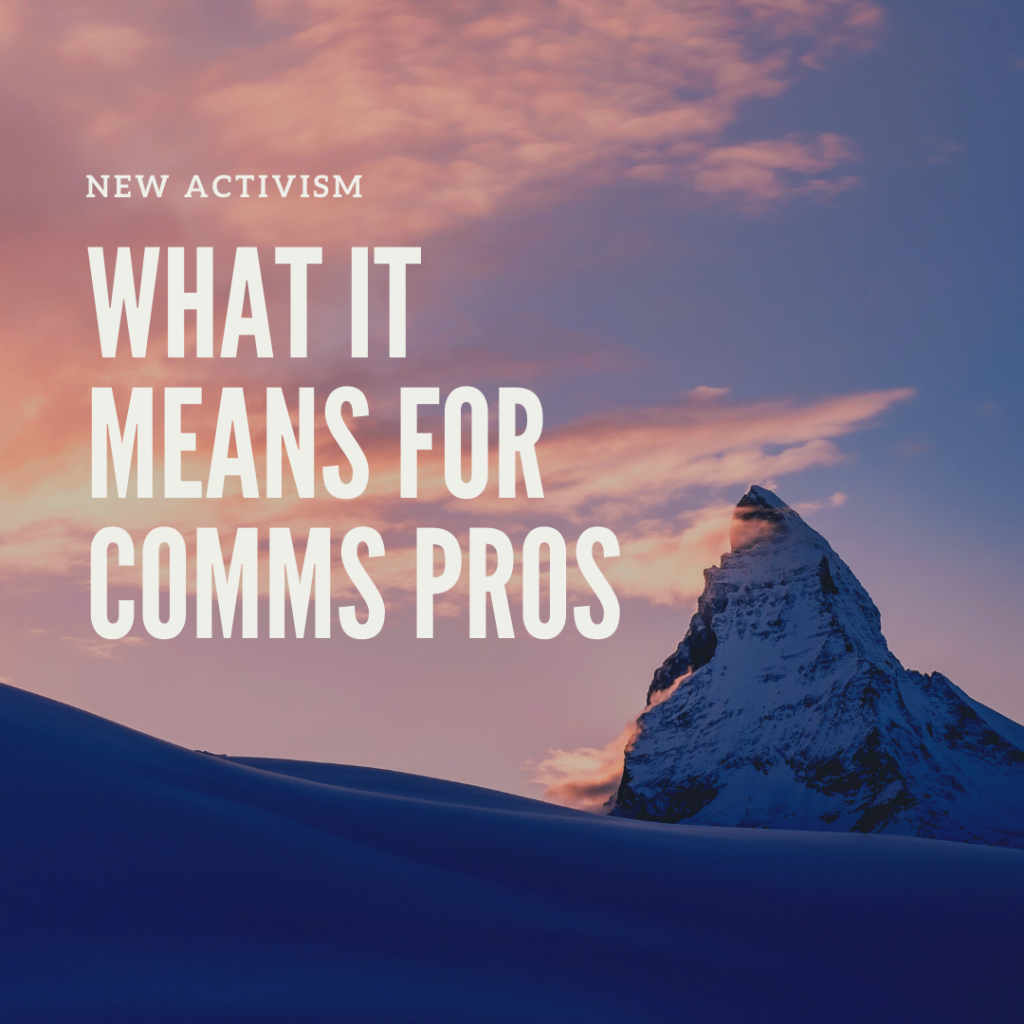 Every year, the Annenberg Center for Public Relations at USC focuses on a trend or issue facing the communications industry with a global survey.

In years past, they’ve looked at how the lines between PR and marketing continue to blur—and at how SEO specialists, content marketers, and branding enthusiasts are beginning to take over the work that we do.

It’s something I constantly refer back to because it proves the necessity of the communications industry evolving toward a PESO Model process (which is now complete with a certification).

This year’s report goes even deeper than the frenemy feud between marketing and PR.

It looks at a group of people it dubs “the new activists,” who are PR-savvy and are using the PESO Model, even if they’re not calling it that—or even realize that’s what they’re doing.

In introducing this year’s report, Fred Cook, the director at Annenberg, said:

This year we chose activism, because we believe activists are playing an increasingly powerful role in our work, our society, and our lives. We realize that activism isn’t new. Some of us remember marching for civil rights or protesting against the Vietnam War, and being inspired by charismatic leaders such as Martin Luther King, Jr., Gloria Steinem, and Nelson Mandela. But activism is evolving. Changing politics, technologies, and demographics have created a “new activism.” One that is more pervasive, more diverse, and more democratic.

Based on separate surveys, this report explores the differences and similarities between activists and communications professionals and examines how their relationship will affect the future. As we have recently experienced, people around the world are frustrated by a lack of government leadership and are looking to the business community for innovative solutions. We believe “new activism” presents a unique opportunity for those who promote brands to work with those who promote causes to solve the problems facing all of us.

Let’s take a look at those opportunities and what they mean for your role as a communicator in the middle of COVID-19 and beyond.

How Does New Activism Create Change?

As is common of most people, communicators tend to think of activists as people who protest or create walkouts or boycott brands, but tend to rank those things as the least effective in affecting change.

On the flip side, when asked the most effective way to achieve long-lasting change, communicators and activists both said voting is the most important, followed by taking legal action. 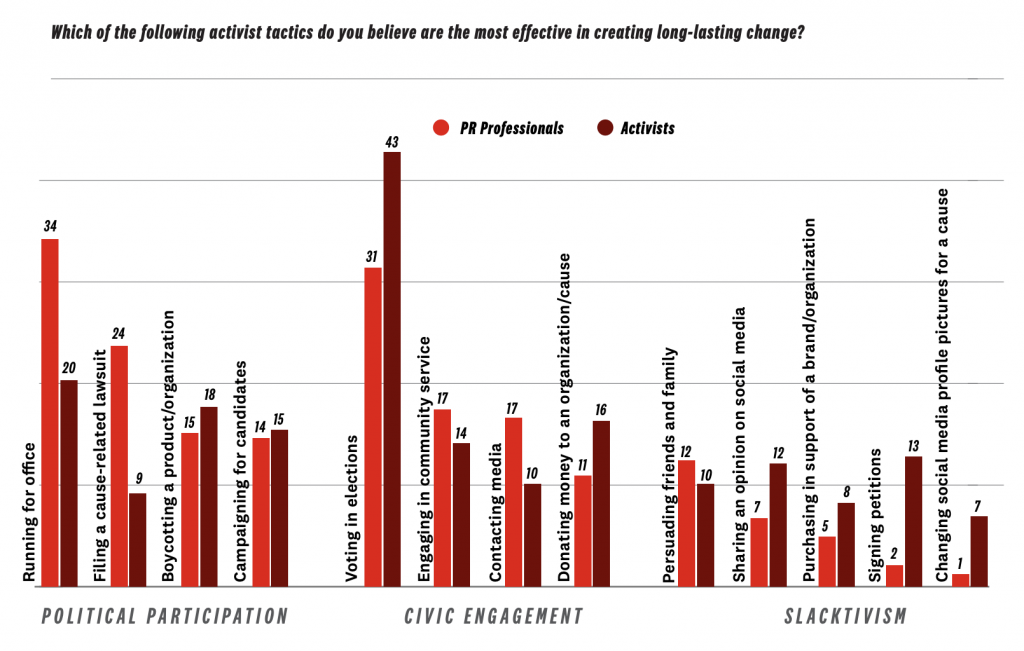 The report also shows that communicators think activists are more effective today than they were five years ago, and they’re going to be even more influential in the coming year.

As you think about the influencer of 2020 and beyond, particularly when reaching Gen Z, pay close attention to activists.

There is a lot of power in this group.

Who Are the Activists?

But who are the activists that you should consider for your communications programs?

While communicators choose community leaders and celebrities as the activists who will be most influential in the future, they also rank average citizens above CEOs, influencers, and journalists.

Activists agree the charismatic heroes of the past are being replaced by the average citizens of the present.

In fact, 29% of activists agree that “everyone will be an activist” in the future. 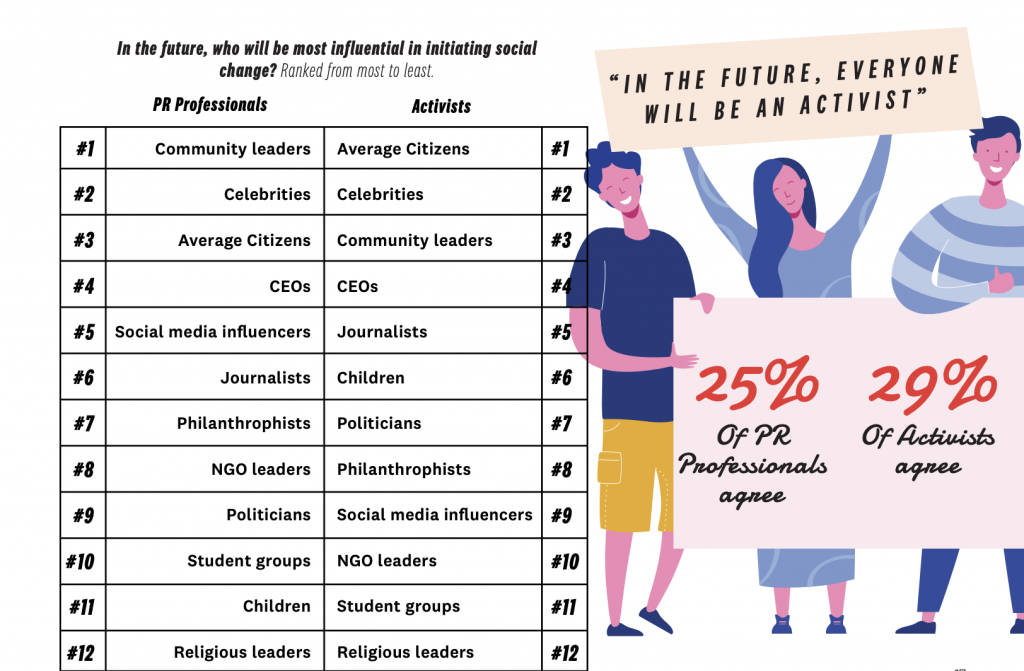 As you think about the influencers of the future, consider community leaders and average citizens, as much as you might social media influencers and journalists.

This might be important for campaigns that need to rally around an issue or challenge, a brand that makes an entry into a new community, or nonprofits that need to build their grassroots efforts.

New Activism and the PESO Model

Communicators believe social media is by far the most effective tool for today’s activists.

The internet has shifted the power to the individual activist, who can use social media to unite like-minded people from different countries and organizations into powerful movements.

While they don’t call it the PESO Model, they’re relying on more than social media and looking at a holistic approach to communications to support their causes.

Everyone today can (and boy, do they!) share their opinions online, but activists find more tangible tools are more credible. 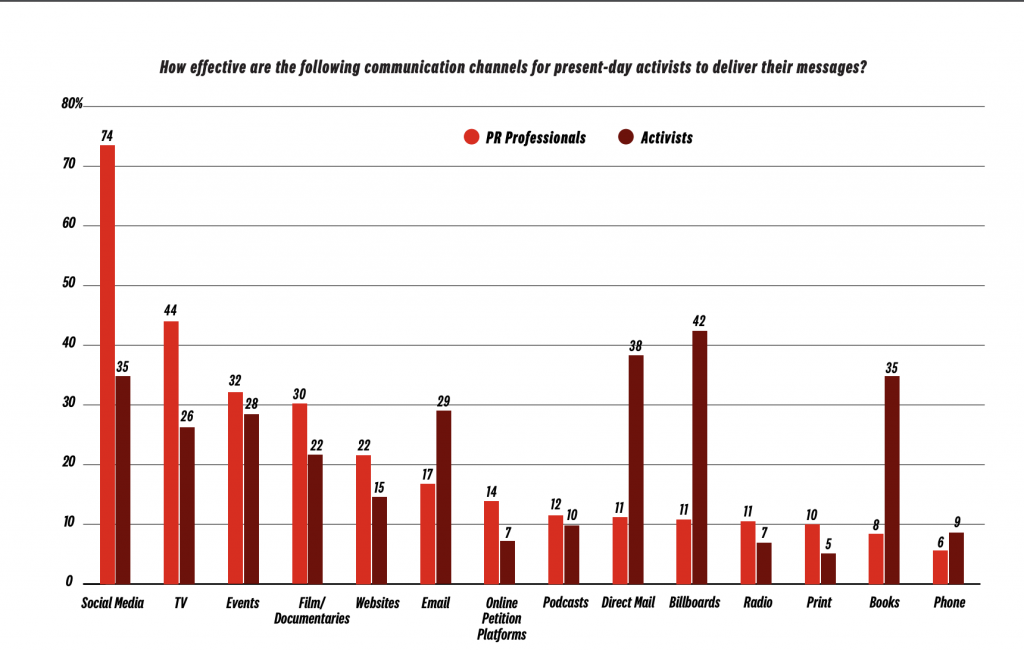 This is good news for us because we can help everyone from the average citizen to the celebrity use the best tools at their disposal to gain momentum and affect change.

Communications + New Activism In 2020 and Beyond

As we enter this new world of communications + new activism, it’s important to consider the following:

It’s no secret we are living in unprecedented times right now and there are wildly differing opinions from governments, business leaders, and employees on next steps among a global pandemic.

And this is just one example of the types of things new activism will work through.

This is the time to proactively listen to the conversations that are happening, as they relate to your organization (or that of your clients) and begin to plan.

You’re going to need it. 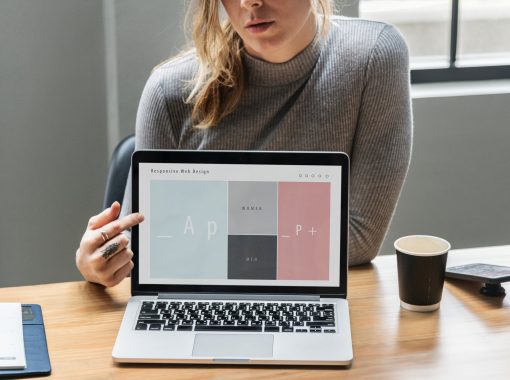 Are There Press Release Templates?

Many marketers are terrified at the very idea of issuing a press release. It seems a really big deal calling … 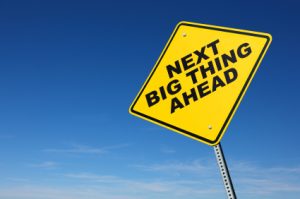 Most press release distribution services and search engines only show from 45 to 65 characters (letters, punctuation, and spaces) in … 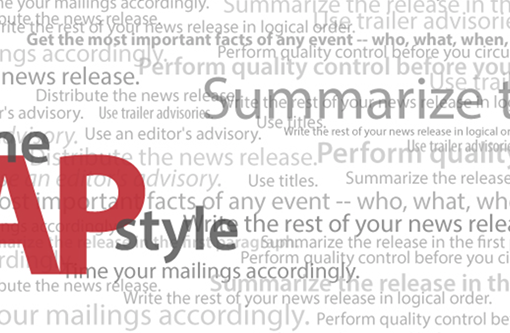 There are a number of different writing styles established by publications and news services. Those who write for these publications …