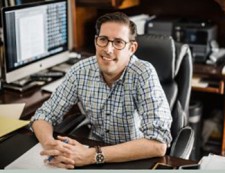 Louisville personal injury attorney, Seth Gladstein, sees the recent Warren County jury verdict, awarding compensatory and punitive damages to U.S. Senator Rand Paul, as proof of how the civil justice system works to provide fair compensation to victims of the negligent and intentional harm caused by others. The senator sued his neighbor after the man attacked him in what has been described as a long-running dispute over piles of brush the senator had on his property.

“The civil justice system has been under attack in Kentucky with critics seeking to limit the right of injured people to recover adequate compensation for harm done to them by others,” according to Louisville personal injury attorney, Seth Gladstein. “The Rand Paul lawsuit illustrates how unfettered access to our civil justice system is preferable to so-called “tort reform” that serves only to limit the ability of people to be fairly compensated for their injuries.”

A long-standing dispute between two neighbors became violent when Senator Paul was tackled by his next-door neighbor, a retired physician. The attacker entered a guilty plea in federal court to assaulting a member of Congress and received a sentence that included 30 days incarceration and probation supervision for one year, along with a $10,000 fine.

The senator suffered several fractured ribs when his neighbor tackled him. The victim received outpatient treatment for the broken ribs and for pneumonia that he and his doctors attributed to the injuries suffered in the attack. After hearing from witnesses, including both parties in the lawsuit, the jury awarded the senator almost $8,000 toward his medical expenses, $200,000 for pain and suffering, and $375,000 as punitive damages.

According to attorney Gladstein, Kentucky civil law allows someone to recover punitive damages when the evidence establishes the other party acted with malice – which is defined as intentional conduct engaged in knowing it will cause bodily injury to the victim. The purpose of punitive damages awards is to punish a wrongdoer while sending a message to others who might contemplate engaging in similar conduct.

“The Rand Paul lawsuit proves how wrong it is for critics of our civil justice system to continue their efforts to prevent the victims of negligence and intentional conduct from recovering the compensation they need and deserve,” said attorney Gladstein.

Seth Gladstein began his legal career defending medical professionals against medical malpractice claims. He now devotes his practice to representing victims of medical malpractice and all types of accidents, including motor vehicles, slip and fall, workplace and construction, and wrongful death.

Moses & Rooth Criminal Defense Lawyers Offering Free Uber, Lyft, and Cab Rides From April 20 to April 24 in Orlando, FL
Anyone who has been smoking, vaping, drinking, or consuming any substance shouldn't drive a vehicle. Instead, they should call a taxi or ride-share service and Moses & Rooth will reimburse them.
Juris Digital - Apr 16, 2022