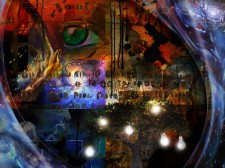 BERLIN, December 4, 2019 (Newswire.com) - The Neutrino Energy Group cooperates with a worldwide team of scientists and various international research centers that deal with the invisible radiation spectra of the sun, among other things, such as neutrinos. Even though their discovery was now many decades ago, neutrinos continue to mystify scientists more than any other category of subatomic particle. For the longest time, the world didn't even know whether neutrinos had mass, but the Nobel-worthy 2015 discovery by McDonald and Kajita not only propelled the two scientists to superstardom but also solved one of the longest-running contemporary physics conundrums.

Neutrinos are all too real, it turns out, and their mass has real-world consequences. Just as it's possible to beam neutrinos through hundreds of miles of soil and rock, it's also possible for these "ghost particles" to pass through practically everything else. In fact, neutrinos are best understood as a universe-pervasive grid that's constantly rearranging itself at the speed of light. "Neutrinos are the universe's ultimate power source and we're just now learning how to tap this infinite wellspring," said Holger Thorsten Schubart, CEO of Neutrino Energy.

Neutrino Research Projects around the world

More and more Neutrino Projects and experiments are in the news. At the Fermilab DUNE (Deep Underground Neutrino Experiment) project, the U.S. Department of Energy plans to collaborate with top energy scientists from around the world to send the world's most powerful neutrino beam to a sister station at SURF (Sanford Underground Research Facility) around 1,000 miles away through the Earth.

These kinds of experiments will tell us a great many things about the mysterious world of neutrino physics, but its most important impact will be on the world of neutrino-based electric-energy generation.​ At Fermilab, scientists will generate vast quantities of neutrinos using cutting-edge research equipment and then they'll send these neutrinos 800 miles away to the SURF sister facility in Sanford, South Dakota.

The Department of Energy will also employ the LBNF (Long-Baseline Neutrino Facility), which makes it possible for proton accelerators to shoot neutrinos to SURF. This collaborative effort is evocative of the unified approach to the neutrino problem seen worldwide.

The Neutrino Energy Group continues to lead the way

As a long-time believer in the possibility of green energy, Holger Thorsten Schubart has worked his entire adult life to bring the power of unlimited neutrino electricity to the world. Even now, Holger and the international team of engineers and scientists he's assembled are toiling tirelessly to develop the first generation of consumer-level neutrinovoltaic devices.

The theory has already been proven in multiple independent labs and the only step left is to get production up to scale. Sooner than one might think, smartphones, laptops, and IoT devices will be powered with nothing more than the endless grid of light-speed-neutrinos that are constantly zipping through everything we see.

Neutrinovoltaics Produce Energy Even When Photovoltaics Fail
The sun produces many different kinds of energy. Visible light only constitutes a tiny fraction of the radiation that the sun and other stars produce, and neutrinos are one of the types of invisible energies that emanate from our local star.
Seodiddy - May 28, 2020