Neutrino Energy Dedicated More Than Ever to a Better Future 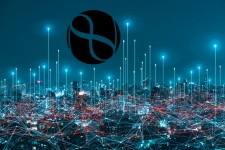 BERLIN, March 24, 2020 (Newswire.com) - ​While mainstream science has just caught up to the idea that extremely thin layers of carbon are capable of responding to and carrying electrical energy with almost 100% fidelity, founder Holger Thorsten​ Schubart and the team at Neutrino Energy Group have been hard at work developing usable neutrino energy technology since 2015. And current hard times are not stopping them.

​​​​At the moment, signs of progress are hard to see. But in the weeks and months to come, as measures to curb the pandemic take hold, exacting untold economic and social harm, one wonders what progress will look like. Now more then ever, the world is in desperate need of change when it comes to its future.

Will the 'Zee Burst' Unlock Secrets of Neutrino Energy?

Over the last few years, the knowledge that neutrinos have mass has gradually trickled into the mainstream of scientific discourse, but researchers remain baffled as to why. With new upgrades to the IceCube neutrino detector in Antarctica, however, scientists might finally get closer to the secrets of the Zee burst and what it means for the future of neutrino energy.

Neutrino Energy Group remains dedicated to understanding why neutrinos have mass and how these ghostly particles work.

Bombarding neutrinos cause resonance: Every day, neutrinos of all different shapes and sizes bombard the Earth. By "shapes and sizes," scientists really mean types and energy levels, but the result is the same. Certain types of neutrinos affect matter on the planet more strongly than others, and detectors like IceCube are actually designed to observe the effects of neutrinos on other substances, not neutrinos themselves.

Certain neutrino/matter collisions result in a phenomenon called resonance, which is typified by unusually regular particle scattering after neutrino impact. It's postulated that this resonance could explain why neutrinos have mass and, therefore, how to exploit this mass better to produce energy.

'Zee Resonance' and Its Impact on Standard Physics

The Glashow resonance creates a beautiful, predictable pattern that has helped researchers learn a lot about how neutrinos operate in the universe. There's another neutrino resonance, however, that could finally tell researchers why neutrinos have mass in the first place.

Called the Zee burst, this type of neutrino resonance is part of a theory called the Zee model, which makes some significant amendments to the model of the universe provided by standard physics. The existence of a Zee burst would tell scientists a lot about how neutrinos work and, theoretically, the IceCube research station in Antarctica should be able to detect this physics event with the right upgrades.

The only problem is that Zee bursts only appear to happen once every few decades. That means neutrino scientists will be searching particles here on Earth for signs of this postulated neutrino burst for the foreseeable future.

With further investment into neutrino research and development projects, however, scientists will certainly unlock the mysteries of these ethereal particles that much faster. Once the IceCube Gen 2 comes online, for instance, it may become possible to detect a Zee burst in as little as three years.

As a collaboration between scientists in Germany, the U.S. and beyond, Neutrino Energy Group represents the cutting edge of alternative energy science. A few years ago, the scientific community scoffed at founder Holger Thorsten Schubart's assurances that neutrinos could be exploited for energy. Now, however, Holger and his team are hard at work designing the first generation of neutrino-powered devices and neutrino energy generators. Everyone's support helps humanity reach for a future of independent clean energy with limitless potential. The crisis the world is currently experiencing is bringing the planet to the edge of a possible power blackout, which shows us how important it is to have a decentralized and autark energy system that continues to work flawlessly in times of pandemics and other natural disasters. Because with decentralized systems, there is no possibility that the whole system will fail or even collapse.

How to Harvest Energy From Your Surroundings: Neutrino Energy
Neutrino Deutschland GmbH - Jul 29, 2020