Chacker obtained the jury verdict in Philadelphia County on behalf of his client, Joseph Wicker, who was injured in an automobile collision. Wicker was a passenger in an SUV that was sideswiped by a sedan on Girard Avenue in Philadelphia on March 11, 2016. The sedan's driver was driving in the adjacent lane when she attempted to turn left at the intersection and collided with the SUV on the passenger's side. The crash caused Wicker to strike his head, sustain neck, back, and head injuries, and exacerbate a preexisting back condition. Although he underwent multiple back surgeries and years of treatment, Wicker's injuries took away his ability to perform some of his previous duties as a plumber.

The case was tried against the sedan's driver on the issues of causation and damages. The driver's employer, Chapman Auto Group, was also a named defendant but was dismissed prior to trial. The jury found that the driver's negligence in the operation of her vehicle was a factual cause of harm and awarded Wicker $1,835,149.86.

VerdictSearch gathers new and noteworthy verdicts and settlements from around the country, organized by state. Coverage in VerdictSearch's Pennsylvania list includes Allegheny, Montgomery and Philadelphia counties.

About Gay & Chacker
Since Gay & Chacker was founded in Philadelphia in 1965, the firm has gained a powerful reputation by holding true to its founding mission: to serve clients with respect, honest legal advice, and outstanding case results. The firm has obtained million- and multimillion-dollar results in cases involving personal injury, medical malpractice, civil litigation, and more. Visit https://gayandchacker.com to learn more and to schedule a consultation. 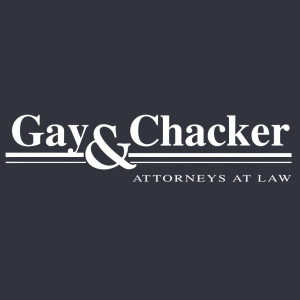