Midway Chevrolet will host event for enthusiasts, customers before car goes on sale

PHOENIX, August 14, 2019 (Newswire.com) - On Saturday, Aug. 24, 2019, from 9 a.m.-5 p.m., the highly anticipated 2020 Chevrolet Corvette Stingray will make an exclusive appearance at Midway Chevrolet, before it officially goes on sale. This U.S. tour will give enthusiasts around the country an up-close look at the first-ever production mid-engine Corvette – offering a new standard of design, performance, technology and craftsmanship.

The tour includes a hands-on look at the new Corvette as well as numerous interactive displays. At these events, vehicle specialists will host customers interested in learning about the new mid-engine supercar, display customizable parts (seats, wheels, accessories, etc.) and teach people how to personalize their own Corvette.

“This exclusive tour gives Corvette enthusiasts the opportunity to engage with the all-new 2020 Corvette Stingray in their own city before it officially hits showroom floors,” said Brian Sweeney, Chevrolet U.S. vice president. “We designed the tour with fans in mind and are thrilled for them to be some of the first to see the mid-engine Corvette at their local dealership.”

This one-of-a-kind fan experience is fitting for the first-ever production mid-engine Corvette, a vehicle that invented the American sports car segment when Chevy debuted the first generation in 1953. This Next Generation builds upon but also redefines Corvette’s legacy.

“I’ve been in the Chevrolet business for over 40 years and have never seen so much excitement on a newly released vehicle as with this new Stingray C8,” stated Dave Foringer, Managing Partner/General Manager of Midway Chevrolet. “We’re thrilled to have the chance to debut it during this one-of-a-kind event right here in Phoenix.”

The tour, happening concurrently on the East and West coasts, will stop at more than 125 select dealerships across the U.S. following the reveal in July 2019 and run through early 2020.

Founded in 1911 in Detroit, Chevrolet is one of the world's largest car brands, doing business in more than 100 countries and selling more than 4.0 million cars and trucks a year. Chevrolet provides customers with fuel-efficient vehicles that feature engaging performance, design that makes the heart beat, passive and active safety features and easy-to-use technology, all at a value. More information on Chevrolet models can be found at www.chevrolet.com. 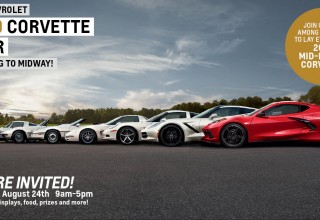 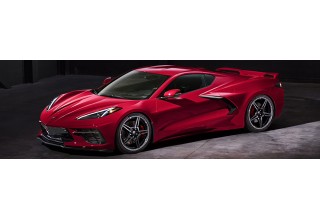