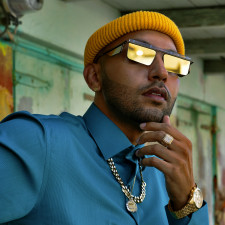 The offer starts at 10 a.m. Pacific Time. For US $50.00, 60 fans will have the opportunity to participate in future copyright royalty payouts. The more Tumbao is streamed, the more money will be paid out to the fans on a regular basis. One will also have the chance to connect with Cruz Rock for an exclusive meet-and-greet. "Fans build the foundation of my success, and it's important to give back," said the musician nominated for "Best New International Artist" at the Luna Latin Music Awards.

Popularly known for his appearance on the "American Song Contest" on NBC, his collaborations with Beenie Man "Be Mine" and "Toa Toa" with Amara La Negra (of Love & Hip Hop Miami), Cruz Rock has been creating a buzz for himself worldwide. He has performed alongside major artists such as Michael Bolton, Macy Gray, Sisqo, Davido, Tito Rojas and many more. L3 Magazine named him "Break Out Caribbean Artist". His style and tracks continue to reach charts globally across genres.

"More and more musicians are looking for ways to be financially autonomous," says Alessandro De Luca, CEO and Co-Founder of Nebula, a new music platform, where 20% of future revenues are sold directly to the fans. It's a new deal that doesn't take anything away from the existing music industry but offers an additional source of income. Value is being created and not just redistributed.

Nebula is a platform that aims to build a new music economy - a world where artists can utilize music royalties to value their art in new ways and build stronger connections with their supporters. Fractional ownership of music rights is offered through secure, self-executing smart contract technology. Nebula reinvents ownership by valuing music in a new way.