BERLIN, August 6, 2019 (Newswire.com) - ​​​​Together with an international team of scientists and supporters, the Neutrino Energy Group​ has accepted the challenge of powering the electric cars of the future.

India's incoming finance minister, Nirmala Sitharaman, recently announced that this semi-industrialized nation of nearly 1.5 billion souls will now be offering tax incentives for consumers who buy electric cars. Since seven out of the 10 cities with the worst air pollution in 2018 were in India, it's only natural that Sitharaman is tackling this environmental and public health issue head-on. But will switching to electric cars solve India's pollution crisis, or will this progressive move only make things worse?

A growing number of communities in the United States and Europe are starting to make the switch to renewable energy power grids, but for India, which struggles just to feed its enormous, poverty-stricken population, mass-produced renewable electricity is still something of a pipe dream. This nation intends to rely more heavily on thermal energy in the future, but India's use of coal for energy is actually expected to increase between now and 2030. Therefore, switching to electric cars in India could actually cause more pollution than sticking with conventional gasoline-powered automobiles.

Since the early 2000s, cars that don't use fossil fuels have captured the public imagination. It's certainly true that switching to vehicles that don't pollute the environment and pose a public health risk would be preferable to the current state of affairs. Instead of blindly trusting that electric cars are better for the environment, however, it's important to scrutinize the benefits and detractors of this technology fully. For every wide-eyed idealist, there's an unethical entrepreneur out there willing to exploit that trust, and it's important to recognize that electric cars are only as good as the source of the electricity used to power them.

Even if electric cars were powered entirely by renewable energy sources, however, these vehicles would still cause pollution. While lithium-ion batteries are much better for the environment than their predecessors, it's still necessary to dispose of these batteries properly to avoid environmental catastrophes. In a country like India, in which more than half the population doesn't have access to toilets, it's laughable to think that EV car owners will dispose of used-up batteries properly.

Power Cars on the Go with Neutrinos

Cars without internal combustion engines are, at least theoretically, better for the environment. Ideally, however, cars would operate without any batteries at all. With the recent discovery that neutrinos have mass that can be harnessed for energy production, humanity has taken the first step toward truly emissions-free vehicles that don't even use toxic batteries.

In 2015, physicists Takaaki and McDonald independently discovered from opposite sides of the world that neutrinos have mass. It had long been postulated that these ethereal particles might have mass, but until 2015, it was unclear whether neutrinos had the potential to be harnessed for their energy. However, everything that has mass also has energy.

By stacking ultra-thin layers of graphene and silica and adhering them to a metallic substrate, it's possible to derive a harmonic resonance from the mass of passing neutrinos. This kinetic energy can then be transformed into electricity, which means it's now possible to power electronic devices with nothing more than the power of passing neutrinos.

In the future, every consumer car and heavy truck could be equipped with neutrinovoltaic power converters that continuously derives energy from the streaming of neutrinos through the cosmos. While small batteries may be necessary for the purposes of uphill driving, overtaking, and acceleration, automobiles will be able to maintain cruising speed with nothing more than neutrino energy. The same goes probably for air travel in some decades; while modern progressive policies call for the abolition of jet fuel, the advent of large-scale neutrino energy technology may utterly eliminate these concerns because surplus energy can be stored in the form of hydrogen.

The Neutrino Energy Group Is Powering the Cars of the Future

Right now, electric cars that don't indirectly produce fossil fuel pollution are nothing more than a utopian fantasy. Millions of consumers worldwide have been misled into thinking that electric cars are better for the environment, and India is only the latest nation to fall victim to this deception.

It's important to remember, however, that electric cars have the potential to be carbon neutral while internal combustion engines will contribute to pollution for as long as they are in operation. It's simply necessary to decouple electric cars from our emissions-producing energy grids. Instead of focusing on how to operate electrical grids on clean energy, it's better to decentralize energy productions by equipping every vehicle with its own neutrinovoltaic converter. The scientists at the Neutrino Energy Group are hard at work developing this revolutionary "Pi" automotive technology, which may solve the modern vehicle emissions crisis. 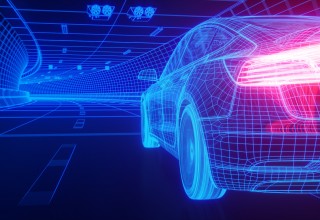 How to Harvest Energy From Your Surroundings: Neutrino Energy
Neutrino Deutschland GmbH - Jul 29, 2020