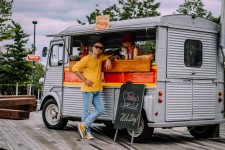 PORTLAND, Ore., July 3, 2020 (Newswire.com) - ​Michael Petr, a Czech-American singer/songwriter and world-renowned ballroom dancer, has released a new summer hit song. In this fun and carefree song "Hotdog Stand (Made in USA)", Michael sings about his love for American hotdogs.​ Michael mentions, "I've been living in America for a long time; American hot dogs are an inseparable part of our culture. I was inspired to write this song last year during a barbecue celebration of the Fourth of July. I knew that I wanted to create something fun for next summer. I love seeing people happy and having a great time!"

About Michael Petr
If you are a fan of the TV series "So You Think You Can Dance", you may recall seeing Michael Petr competing in the 7th season. In 2017, Michael won the award for Top Dance Teacher at the World Pro-Am Championship. His music career launched a few months ago with the release of the singles "Only You" and "Lenka", which feature ballroom dancing in the official music videos. These videos are viewable on YouTube and his website: www.michaelpetr.com

​You can find more info about Michael Petr at: 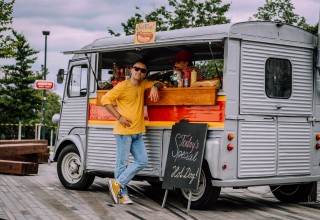 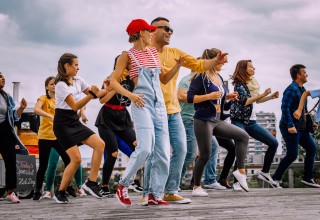