Brian Evans, a well-known singer, is running as a Progressive Democrat in Hawaii. He seeks to eliminate student debt, is Pro-UBI, is seeking higher teacher pay and wants mental health care to improve in Hawaii. He also supports Self Determination for Native Hawaiians. He believes in thinking outside of the box and wants Americans to have the right to civil attorneys and stricter medical negligence laws in hospitals. He wants IRS debt cleared for citizens, stating the government bails out corporations, to give individuals a fresh start. 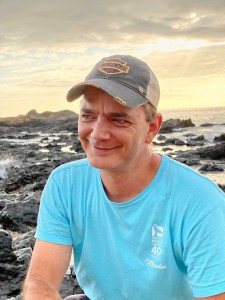 HONOLULU, June 15, 2020 (Newswire.com) - ​​​Hawaii has a Progressive Democratic candidate, and it's Brian Evans.

"For too long, we've allowed establishment politicians to fail the State. Those same politicians chose to endorse another candidate before the filing deadline in Hawaii had passed to run," says Evans, who is running for District 2 of Hawaii. "How can they tell people to run for office when they endorse someone before the deadline to run?"

Evans, endorsed by one of the largest supporters of Native Hawaiian Rights (Peace for Okinawa Coalition), is running on a platform some might find unique from the norm.

"Politicians run term after term on the same issues. I support term limits. How can they run on the same platform if they failed during the last time they ran for office?" says Evans. Local TV shows, to date, have only been allowing political advertising, but not allowing the politicians to be interviewed on live air. "Sounds very democratic, doesn't it? Only one candidate is receiving massive amounts of money, including by establishment corporations, and is running TV ads throughout Hawaii."

Evans wants to focus on the gay community as well, hoping to end suicides induced by bullying and wants to seek to have court-appointed counsel provided to indigent individuals in civil cases. "A corporation's only hope to prevail in a civil case should not be a citizen's inability to hire a lawyer, being deprived of their rights because they can't pay one. We need to remove inequality from the justice system that gives corporations an unfair advantage over valid claims," he says.

Evans also wants to allow for polygraph examinations in medical malpractice cases. "We do it with law enforcement, we should do it with those we allow to cut us open." According to a John Hopkins University study, 240,000 to 440,000 U.S. citizens die each year due to medical errors. He also wants to remove the military from Okinawa. "We need to help our own. People need UBI now."

Evans, the 2018 nominee for another party in the same state, explains it simply like this: "Sometimes you need to think outside of the box to get the job done. I got the job done."

Forty governors issued Sleep Apnea and Opioid Use (in hospitals) Proclamations after Evans pursued governors from all 50 states, partly a result of his 2018 nomination.

Source: Committee to Elect Brian Evans to US Congress

About Committee to Elect Brian Evans to US Congress

Brian Evans is a Progressive Democrat running for US Congress in 2020.