"It's time to put politics aside and do what's right for South Jersey. We need citizens, not politicians. That's why I'm running for Congress." 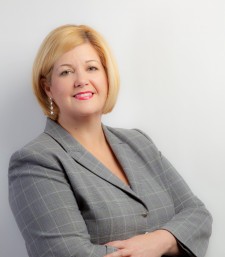 Harrison, a Longport resident, has taught political science and law and Montclair State University for the past two decades, and is one of the nation’s foremost political experts and is the author of the American Democracy Now, one of the leading political science textbooks in the United States, along with A More Perfect Union, Power and Society, and Women in American Politics.

“It’s time to put politics aside and do what’s right for South Jersey. We need citizens, not politicians. That’s why I’m running for Congress,” stated Harrison. “Those of us across South Jersey deserve a true leader, who is not afraid to ask questions, engage the community, demand the truth, and who will always put the needs of the district and its people before self-interest. Jeff Van Drew made a choice. He has repeatedly ignored the voices of our community and has instead sold his soul, cutting backroom deals with the White House.  Whether you are a Democratic, Republican, or Independent, the last thing the people of the 2nd Congressional District need or want is to elect a blind pawn for Donald Trump. The people deserve an independent-minded representative who is willing to fight for a stronger health care system, strategic investments in infrastructure, and getting corporate special interest money out of our politics. Most of all, we need someone in Washington who will lookout for more than just themselves.”

Harrison grew up the youngest of seven children in Runnemede, New Jersey and is the daughter of John P. Callahan, who served as a councilman in Runnemede, and Rosemary Ruane Callahan. She is a graduate of Holy Spirit High School in Abescon, New Jersey, received her B.A. in Liberal Arts with a focus on Political Science and Economics from Richard Stockton College (now Stockton University), received a master's degree in International Relations and Comparative Politics from Rutgers University, and her Ph.D. in American Politics from Temple University.

Harrison has served as president of the National Women's Caucus for Political Science, and president of the New Jersey Political Science Association. She was inducted into the Atlantic County Women's Hall of fame in 2009, awarded the “Distinguished Alumna of the Year” in 2003 from the Richard Stockton College Council of Black Faculty and Staff, Atlantic County Zonta's “Women Who Make a Difference” award; and Recipient of the Harold J. Goodfriend Award for Public Service.