Dr. Rajamannan Replies to FDA's Demands of New Evidence Surrounding Harm to Patients in an Open Letter to Members of Congress, the FDA Commissioner Hahn and HHS Secretary Azar 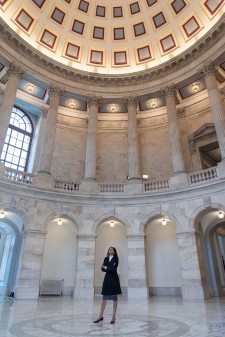 I received the following email from FDA Ombudsman Desta on Feb. 20:

"Your email to FDA Commissioner Dr. Stephen Hahn dated January 27, 2020, and your email to HHS Secretary Dr. Alex Azar dated February 6, 2020, were forwarded to me for review and response in my capacity as Ombudsman for the Center for Devices and Radiological Health. The Agency has reviewed the material you provided, and it does not appear that you have provided new information, which was not previously provided to FDA. I respectfully request that you provide any new information relevant to the safety or efficacy of the dETlogix annuloplasty ring, IMR ETlogix annuloplasty ring, or an Atricure device to me in writing at CDRHOmbudsman@fda.hhs.gov so FDA may properly evaluate the information and make a determination on what action, if any, is warranted."

Below is the information you requested regarding Edwards Lifesciences' McCarthy Myxo ETlogix Ring Model 5100 (Myxo Ring), including a chronology and links to the evidence submitted to the FDA District office in Minneapolis, MN.

I request help for nearly 700 patients who received the device without their consent, prior to FDA registration, clearance and recall. Some have suffered heart attacks, deaths and re-operations to remove the faulty device. Others are still at risk.

The new evidence is a public email from device manufacturer Edwards Lifesciences from 2007 that indicates the device didn't need approval, when, in fact, it did:

"It appears you are looking for information about authority to market the product. It has been marketed in the US since March 2006 pursuant to the FDA's 510k clearance process. That process does not involve issuance of documentation by the FDA."

On June 13, 2019, Edwards Lifesciences testified to the First District Appellate Court of Illinois that the Myxo Ring was FDA approved for use in humans as of 2006, due to the "Justification to File" process - meaning the device had minor changes from an older version and didn't need regulatory approval.

This case involved a patient who suffered a heart attack when the experimental Myxo Ring was implanted. The surgeon had invented the device and didn't tell about the heart attack until years later.

On December 6, 2019, Northwestern University attorneys testified to the Illinois Supreme Court's Attorney Registration and Disciplinary Commission that the device was approved as of March 2006, based on that three-line email from 2007.

On December 20, 2018, I presented evidence of the Myxo Ring's harm to Minneapolis FDA district office investigators. For 3 1/2 hours, victims and their families testified to the injuries during the safety and efficacy testing. I also presented evidence of 122 safety defects discovered by the company in 2006. The defects required significant device modifications, before the company could announce the official launch onto the US market as disclosed in 2007 to the Security Exchange Commission.

On March 12, 2019, the FDA Media Affairs office confirmed that the investigation was closed. "The FDA has looked into this matter recently and previously, and did not identify issues of concern, and the matter is closed," Deborah Kotz Press Officer. FDA Freedom of Information requests regarding why the investigation was closed were refused by the Chicago FDA district office a few days later.

The Myxo Ring was tested in humans during open heart surgery as reported by the Daily Northwestern in 2019 and published in the Journal of Thoracic Surgeons for the American Society of Thoracic Surgery.

The FDA congressional Office confirmed in 2009, to the Senate Finance Committee, that the Myxo Ring was never FDA approved or cleared for use in humans prior to the date of the letter. In fact, it had been pulled off the shelves.

In 2009, the FDA congressional office wrote to patient Antonitsa Vlahoulis confirming the investigational status of the device, with a promise that Sen. Richard Durbin would be contacting her. That still has not happened.

In 2009, a soon to be FDA employee, Dr. William Maisel testified to the Energy and Commerce Committee, the facts surrounding the testing of the Myxo Ring without Consent and without FDA registration or clearance.

In 2017, the FDA Congressional office confirmed that they were not going to report to the patients the changes in the FDA status of the Myxo ETlogix device, which went on recall and was never formally approved for use in humans for the branding and indications used at the time of the clinical trial. These patients have a fundamental right to know, under the Federal Laws 45CFR46 and 21CFR820.30, and the Federal Wide Assurance signed by Northwestern University FWA 1549, that the device, the Myxo ETlogix Ring Model 5100, for myxomatous disease, implanted in their hearts was classified as investigational by the FDA as of March 2009 and on recall.

As a former investigator and an ARRA awardee, I hold a life-long reporting responsibility under Federal HHS reporting laws. The hospital, university, device manufacturer and FDA have a federal responsibility to review the evidence and inform the nearly 700 patients about this device's experimental status and any ongoing risks and harm as recently published in 2019 by the student newspaper the Daily Northwestern.

Thank you for your hard work on behalf of the citizens of the United States of America.

Most Sacred Heart of Jesus Cardiology and Valvular Institute.

Dr. Nalini Rajamannan is a heart valve expert in the field of cardiovascular medicine. She earned her undergraduate science pre-professional degree from the University of Notre Dame, her Medical Doctorate from Mayo Medical School and her post-graduate training in Internal Medicine and Cardiology at the Mayo Clinic and Research Fellowship on the NIH training Grant. She also worked at the Mayo Clinic as a staff consultant in Internal Medicine and an Associate Professor of Medicine at Northwestern University and the Lakeside and Westside VA. Currently, she practices consultative valvular medicine and Osteocardiology at Most Sacred Heart of Jesus Cardiology and Valvular Institute, WI.

Source: Most Sacred Heart of Jesus Cardiology and Valvular Institute

Dr. Rajamannan Reports to Northwestern University, Chicago IL VP: COVID-19 Non-Compliance in Clinical Trials
COVID-19 - The letter to the VP for Research
Most Sacred Heart of Jesus Cardiology - May 22, 2020

Dr. Rajamannan Holds Meeting With CDRH Ombudsman Abiy Desta to Review New Evidence of Concealment and Injuries Related to the Testing of FDA Investigational Heart Device
"Our responsibility is to do no harm and to protect from harm," says Dr. Rajamannan.
Most Sacred Heart of Jesus Cardiology - Mar 9, 2020