Earl Sanders' New Book 'John Savage: An Historical Romance' is a Brilliant Novel Following a Man and His Journey as a Tobacco Plantation Master

Recent release "John Savage: An Historical Romance" from Covenant Books author Earl Sanders narrates a gripping and potent tale in the life of John Savage during the difficult times of early Virginia and the adversities of love and life along the way. 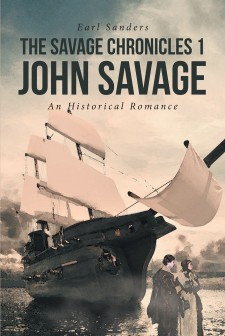 GREER, S.C., May 22, 2020 (Newswire.com) - ​​​Earl Sanders, a writer who has served in the military, worked/taught at a university, and pioneered in the Geographic Information Systems technology; has completed his new book, “John Savage: An Historical Romance”: a captivating narrative that follows John in his first year in America, significant historical events, life in the colonial times, and much more.

Earl writes, “When you are the second or third son of an established family in England in the early 1600s, it is often best to strike out on your own and make your own fortune.

"And this is what John Savage did, sailing to colonial Virginia with only a letter of introduction as a bookkeeper to a tobacco planter.  The attractive daughter of the planter (Susannah) shared in the perils of the sea voyage, and it is she that commends John to her father.  So John gains employment, not as a bookkeeper, but as a sweating worker in the tobacco fields.

"It is a tumultuous year. John learns the tobacco trade literally from the ground up. It is a trade that depends upon the sweat of indentured workers and early slaves from the African slave trade.

"However, it is his bookkeeping skills that finally uncovers financial dishonesties by the Jamestown governor which endangers the future of the Rolfson plantation and John’s life.

"John also grits his teeth as local dandies pay court to the desirable Susannah. It is his social impertinences that lead him to several duels.

"Amid this turmoil, John has the chance to return to mother England in charge of the family fortunes. Will he stick to his challenging new life, or will he take the assured comforts of his former life?”

Published by Covenant Books of Murrells Inlet, South Carolina, Earl Sanders’ new book witnesses an incredible journey of John Savage as he braves the terrors of the world and weighs between standing in the same place or starting his life anew.

Readers can purchase “John Savage: An Historical Romance” at bookstores everywhere, or online at the Apple iTunes Store, Amazon, or Barnes & Noble.

Covenant Books is an international Christian owned and operated publishing house based in Murrells Inlet, South Carolina. Covenant Books specializes in all genres of work which appeal to the Christian market. For additional information or media inquiries, contact Covenant Books at 843-507-8373.

William Jefferson's New Book 'Can Leopards Change Their Spots?' is a Powerful Narrative That Brings Light to the Endless Redeeming Power of the Holy Spirit
Recent release 'Can Leopards Change Their Spots?' from Covenant Books author William Jefferson is a brilliant discovery of the Holy Spirit's power of redemption within a narrative that follows Bishop Ignatius of Antioch Syria as he was sentenced for denying an Emperor.
Covenant Books - May 29, 2020

Tree Story's New Book 'The Sovereign Rose of Morbid Lore' Tells the Story of a Flower's Metamorphosis Into a Life Form Who Experiences Life's Capricious Poignancies
Recent release "The Sovereign Rose of Morbid Lore" from Covenant Books author Tree Story is a thought-provoking narrative about a rose that achieves sentience and journeys life, understanding its principles and spiritual connotation.
Covenant Books - May 27, 2020

Milissia Owens' New Book 'Ramblings of a Sheep Farmer' Captures a Joyful Life on the Farm With Family and Friends
Recent release "Ramblings of a Sheep Farmer" from Covenant Books author Milissia Owens gathers beautiful pieces of narratives and verses that speak of one's life on a farm, friendships built, pets taken care of, and everything else that defines rural life.
Covenant Books - May 27, 2020