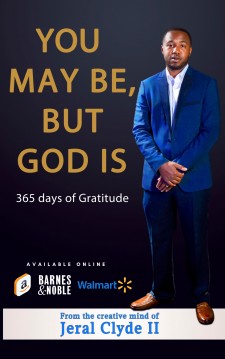 ATLANTA, April 30, 2020 (Newswire.com) - For over a decade, independent film producer, director, and author Jeral Clyde II, of Clyde Publishing, has worked in the motion picture industry. Having worked on Alvin and the Chipmunks, Baby Driver, Spiderman: Homecoming, and over 100 independent projects, he is well-versed in the film industry. Most recently, he received documentary distribution for his film, "The History of Cigars", which features J.C. Newman (the world's oldest American cigar company) and Habanos Cigar Lounge. The documentary can be found on Amazon Prime Video.

To h*** with being bored. Clyde also recently released "The Universal Guide to Producing Movies", which is an A-Z guide to producing a film on an independent budget and "You May Be, But God Is", a Christian gratitude devotional. Clyde grew up in Section 8 in Atlanta, GA, and that never deterred him from pursuing more. He is the first male in his family to obtain a college degree and is currently pursuing his Masters in Film Production at Regent University. A member of the U.S. Air Force and a husband and father of two sons, he is an example of the American dream.

​​Jeral Clyde II is living proof that the American Dream is available to all Americans, no matter their socioeconomic status. Clyde is a powerful behind-the-scenes force in the film industry, with over 10 years of experience working on films such as Alvin and the Chipmunks, Baby Driver, and Spiderman: Homecoming, along with over 100 independent projects. Clyde grew up in Section 8 in Atlanta, GA, and his mother's drive-by shooting death remains an unsolved mystery. One would think that he would have committed suicide and would not go through life with a positive outlook, but his determination has gained him respect in Atlanta as an author, media consultant, film director, husband, and father.

About "You May Be, But God Is"

Gratitude and humbleness can take people to greater heights. Whenever we begin to think we are above God, God will knock us on our backs. “You May Be, But God Is” is filled with 182 days (six months) of humbleness.

About The History of Cigars

Producer and Director Jeral Clyde II interview J.C. Newman and Habanos Cigar Lounge to go back in time in the History of Cigars.

About Universal Guide To Producing Movies

"The Universal Guide" is an instructional book series that consists of expert advice on concepts that can be applied universally. 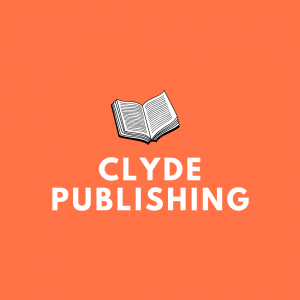