Chile's foreign investment promotion agency tallied up US$28 billion in projects, the highest figure recorded over its five-year history. 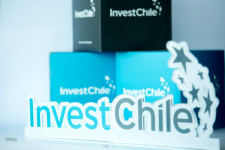 SANTIAGO, Chile, January 20, 2022 (Newswire.com) -  InvestChile, the public agency that promotes foreign investment in the country, wrapped up 2021 with a record US $28 billion in its project portfolio. This is the highest figure to date since the agency was founded five years ago, and represents a 25.1% increase over 2020. The projects managed by the agency, presently at different stages of development, had the highest level of associated employment over the last five-year period - 20,886 potential jobs, 25.1% more than in 2020.

For InvestChile Managing Director Andrés Rodríguez, this result is a clear sign of the confidence that foreign investors have in our country and of InvestChile's work, raising awareness of the opportunities Chile offers and supporting foreign companies seeking to do business in Chile. "This reflects the dynamism of foreign investment in our country, especially in high-interest sectors such as energy and technology. It also shows how - the pandemic and other circumstances notwithstanding - confidence in our ability to continue growing remains high," commented Rodríguez.

In terms of specific sectors, Energy once again led the portfolio, with 53 projects valued at close to US $13 billion; followed by the Global Services and Technology sectors, with almost US $6 billion; and Mining and its suppliers, with US $5 billion. Rodríguez explained that Chile has consolidated its position as a place for investing in energy, especially clean energy, and most recently green hydrogen initiatives, because "Chile has the potential to become the leading global producer of this fuel, and foreign companies know it."

As for the countries that figure most prominently in the project portfolio, China tops the list, with almost US $8 billion; followed by the United States, with projects valued at US $5 billion; and Canada, with US $3 billion. Another noteworthy development is the increase in Brazilian investment projects, which reached US $1.5 billion last year, 187% more than in the previous year, making Brazil the leading Latin American country in the InvestChile portfolio.

From Rodríguez's perspective, Chinese investment in Chile is catching up after having lagged behind other countries such as the United States, Canada, and Spain, which lead investment in terms of stock. "Chinese companies have found substantial opportunities in Chile, a country they are increasingly coming to understand, with investments in sophisticated sectors. A good example of this is Sinovac setting up facilities in Chile, a process in which InvestChile has played a central role. Certainly, we will continue to see a significant inflow of Chinese investment in the coming years, similar to what we observe with the United States and other large capital exporters," added Rodríguez.

We are the government agency responsible for promoting Chile in the global market as a destination for foreign direct investment, serving as a bridge between the interests of overseas investors and the business opportunities the country offers. 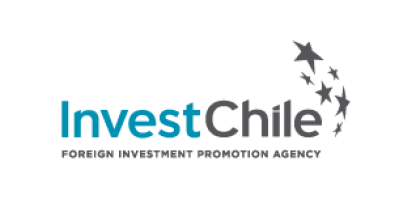 InvestChile Promotes Pharmaceutical Companies Landing in South America's Business Hub
The agency has published an e-book with a step-by-step operating guide that details the benefits for international companies of setting up in the Southern Cone country.
InvestChile - Apr 20, 2022

President of Chile Appoints New Director of InvestChile
Karla Flores is an economist and holds a master's degree in Applied Macroeconomics from the Universidad Católica de Chile. She is the first woman to hold the position of InvestChile's managing director since its foundation in 2016.
InvestChile - Apr 6, 2022

Foreign Investment in Chile Totaled US $17 Billion in 2021, the Best Figure for Six Years
The director of InvestChile, Andrés Rodríguez, indicated that the figures are in line with the results of the agency's portfolio of projects in 2021 when it grew by 25% to US $28 billion.
InvestChile - Feb 18, 2022