Is It Time to Perform the First Human Head Transplant?

Internationally-renowned neurosurgeon James I. Ausman, M.D., Ph.D., has written an editorial commenting on the works of two surgeons who will be performing the world's first human head transplant.

CATHEDRAL CITY, Calif., March 13, 2018 (Newswire.com) - World-renowned neurosurgeon James I. Ausman, M.D., Ph.D., has written an editorial summarizing the groundbreaking work from surgeons Sergio Canavero and Xiaoping Ren. By using new substances that allow for cell and membrane fusions, Canavero and Ren have restored function in mice and dogs with severed spinal cords, with the animals walking again within one month following the surgery. This work is a landmark achievement, and part of a larger project, in which humans with destructive diseases of their body will be able to have their head transplanted onto a functioning donor body.

An excerpt from the editorial:

"The patient's head will be cooled by hypothermia during the surgery to preserve brain function at the time of transfer. The circulation between the donor body and the recipient's head will be established initially along with external carotid-vertebral anastomoses to limit the cooling process to one hour. This work has also been done in the literature and modified by Dr. Ren and his colleagues."

"Surgical Neurology International" has been following this work very closely and has devoted an entire section to head and spinal cord transplantation. 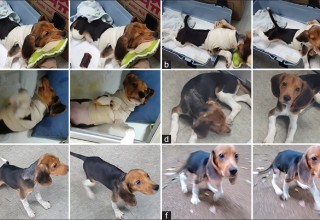