LITTLE ROCK, Ark., July 2, 2020 (Newswire.com) - ​Incumbent U.S. Junior Senator Tom Cotton (R-Arkansas) successfully eliminated a Democratic opponent in this year's race. But the campaign by Independent challenger Dan Whitfield has been building momentum and has made significant progress towards earning a spot on the ballot to challenge Cotton on Nov. 3. On Monday, the Eighth Court Circuit assigned a case number for the appeal in the ongoing battle for ballot access in the Arkansas Senate Race.

On June 24, U.S. District Judge Kristine Baker denied a preliminary injunction. The ruling allows Independent Candidate Dan Whitfield to move forward with the appeal process and secure a spot on the November ballot. The ruling stated, “The Court concludes that the plaintiffs have sufficiently demonstrated their standing to pursue declaratory and injunctive relief.”

The issue of candidacy and ballot access in Arkansas has unfolded dramatically, if not quietly, over the course of several months. In late 2019 a memo written by Tom Cotton campaign manager Brian Colas and addressed to “Senator Cotton’s Top supporters” detailed a plan to hold onto “damaging material”  they had gathered on the democratic candidate and “release the information after it was too late for anyone else to enter the race.”

The Democratic challenger Josh Mahony dropped out of the race two hours after having filed, leaving Cotton without a major party opponent in what is shaping up to be one of the most important elections in American history.

Mr. Whitfield, who reports a significant following for his grassroots campaign, holds that the coronavirus outbreak had impacted the ability of candidates to gain ballot access. Whitfield was able to collect 6,514 signatures, of which 5,954 were valid, while losing 60% of the collection period due to Governor Hutchinson’s orders of the state declaring a state emergency. These orders of the state enacted social distancing policies and banned gatherings of 10 or more people.  Several significant "petition parties" had been planned to achieve the signature goals, which had to be canceled due to the Governor's orders. Still, the Whitfield achievement of 6,514 signatures obtained during a very short collections window is impressive, especially in that over 98% of all signatures were obtained through unpaid volunteers, and not from paid collectors.

Regarding the appeal, Mr. Whitfield has stated “This is actually the best possible outcome for the people of Arkansas and our campaign. If Judge Baker had granted the preliminary injunction, the Secretary of State would have appealed. With this ruling, we get the opportunity to present our case to the 8th Circuit and win our ballot access without interference from Secretary Thurston or the Attorney General. They tried to claim that orders from the state did not directly affect our efforts, but the fact is COVID-19 and the governor’s instructions did impact our ability to get signatures. Judge Baker’s ruling states as much.”

At the hearing conducted on May 27, 2020, the Secretary of State was represented by several individuals from the Attorney General’s office who argued the state’s COVID-19 response did not represent a challenge in gathering the required signatures despite the Governor’s stay at home orders, even suggesting that if the campaign was serious it could have spent upwards of $80,000 for paid canvassers to collect signatures. Local paid canvassing companies were closed due to COVID-19.

Whitfield goes on to say, “It’s obvious that the people have had enough, we will win our appeal, and the people of Arkansas will have a choice.”

Judge Baker’s ruling states, “the Court determines that the pandemic and the State’s response to it hindered Mr. Whitfield(s) efforts to collect successfully all qualifying signatures…”

Secretary Thurston has been the subject of several complaints and lawsuits involving ballot access, many of which were referenced in the ruling. The lawsuits involved candidates outside the Republican party, which has led to questions of attempted ballot and voter suppression. Judge Baker’s ruling also noted “enjoining Secretary Thurston from continued application of the requirements plaintiffs argue are unconstitutional is likely to redress the injuries.”

By preventing Secretary Thurston from interfering any further in this case, it all but assures Dan Whitfield ballot access to run against Junior Senator Cotton in November. The people of Arkansas will have a choice. 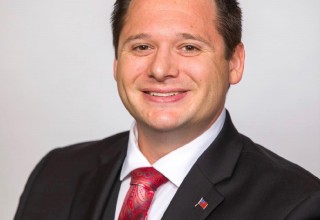 About Dan Whitfield for U.S. Senate

The voters of Arkansas deserve and demand a choice for U.S. Senate this November. Dan Whitfield is the independent challenger to incumbent senator Tom Cotton, and he pledges to work for the people of Arkansas and not bow to the big donor demands. 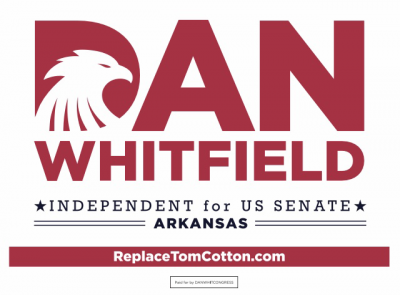